Chat with us, powered by LiveChat
Online Student Login
Contact Us Today
1300 20 40 80
Find closest clinic
Home About Us Our Blog A Short History Of Massage

A Short History Of Massage 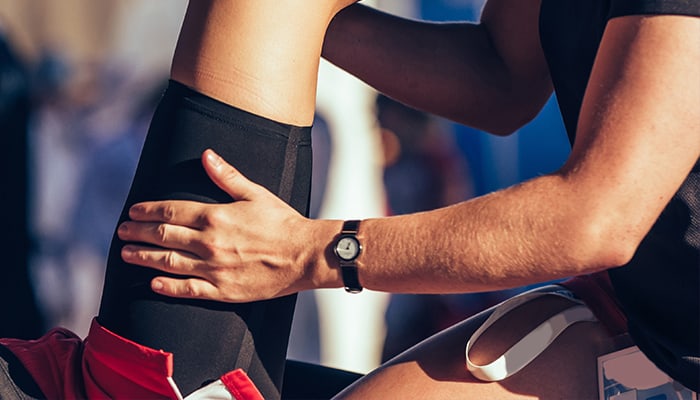 There is little doubt that massage is one of humanitys earliest methods of treating injury and discomfort. Massage requires nothing more than a pair of hands and a willing participant, and can have various benefits, including pain relief, reduced anxiety and depression, and temporarily reduced blood pressure and heart rate. The traditional medicinal practices of many cultures worldwide include massage therapy, and there is historical evidence of its use dating as far back as 2330 BCE the Tomb of Akmathor in Saqqara, Egypt contains depictions of men engaged in what is believed to be foot massage.

As well as in ancient Egypt, massage was widely practiced in China as early as 722 BCE; the Huangdi Neijing, an ancient text of fundamental importance to Chinese medicine, makes reference to massage in thirty different chapters and specifies various different techniques and the applications they should be used for, such as finger-pressing massage to relieve the pain and inflammation caused by arthritis.

It is also believed that the Huangdi Neijing describes practices in use as early as 2700 BCE, which predates written history in China. By 581 AD, the Chinese had established a department of massage therapy within the Office of Imperial Physicians; now, there is a massage school in almost every major university and medical academy.

India also has a long history of using massage in the Ayurveda, the system of traditional medicine that was codified in three main texts, the Charaka Samhita, the Sushruta Samhita and the Bheda Samhita, the earliest of which is believed to have been written as long ago as 300 BCE although as with the early Chinese texts, it is thought that the Samhitas describe techniques that were several millennia old, and in use before the dawn of written history. Many countries in southeast Asia have traditionally made use of massage, including Thailand, where Shivago Komarpaj (who, according to ancient Buddhist texts, was the physician to Buddha himself) established a system of massage in 500 BCE, and Cambodia, where frescos of massage dated to around 1150 AD still decorate the temple at Angkor Wat.

In sections of the Christian Bible dated to around 493 BCE, there are references to treatments using myrrh oil, which are likely to have involved massage or similar manual application. The Greek scholar Hippocrates also wrote in around 460 BCE that skill in rubbing was a necessary part of the physicians repertoire. There is evidence that the practice of massage stayed in consistent usage throughout Europe during the middle ages, and doctors continued to study massage even after modern western medical techniques began to supplant many previously popular techniques.

Our friendly Career Advisors would love to have a one-on-one chat with you. It’s completely free, relaxed and you are certainly not obligated to enrol.

Get Started
We have temporarily suspended on-campus classes until the 6th April and have transitioned our students to online study, just like our hundreds of online massage students around the country. After this temporary suspension period, students are welcome to study back on campus or at home through our virtual classrooms or online, as they need to suit their situation.

Our friendly staff are fully available online to answer any of your questions and can meet with you on-campus by appointment. If you would like to get in contact, please feel free to reach out to us.
×
Temporary Class Suspension
In light of the current Department of Health's social distancing guidelines for COVID-19, Q Academy has decided to temporarily close our Student Clinics until the 6th of April.

When we re-open, we will introduce heightened health and safety measures to further protect our clients, students and teachers.
×
Temporary Clinic Suspension